Recent data shows birthing center and home births on the rise! These show the highest levels since recording began.

This article originally appeared on BirthByTheNumbers.org on December 10, 2014. 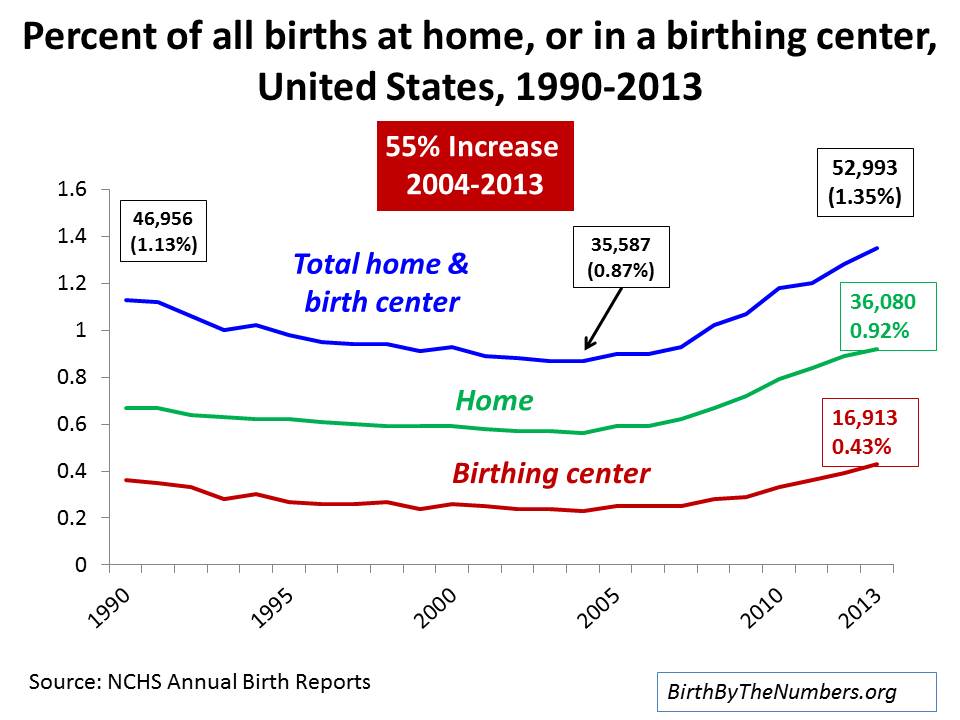 The recently released 2013 national birth data reveals the rate of out-of-hospital births rose to 1.35%, the highest rate since such data was first reported in 1990. Almost 1 percent (0.92%) of all births were now occurring at home and 0.43% were occurring in birth center that was separate from a hospital. Currently 1 out of every 74 births in the U.S, occur outside of the hospital. The growth in out of hospitals has been consistent since 2005 with an overall increase of 55% in such births over the past decade.

Continue Reading
<< Mothers and Babies at Risk by Unnecessary Interventions
Will Intervention Lead to Cesarean Section? >>